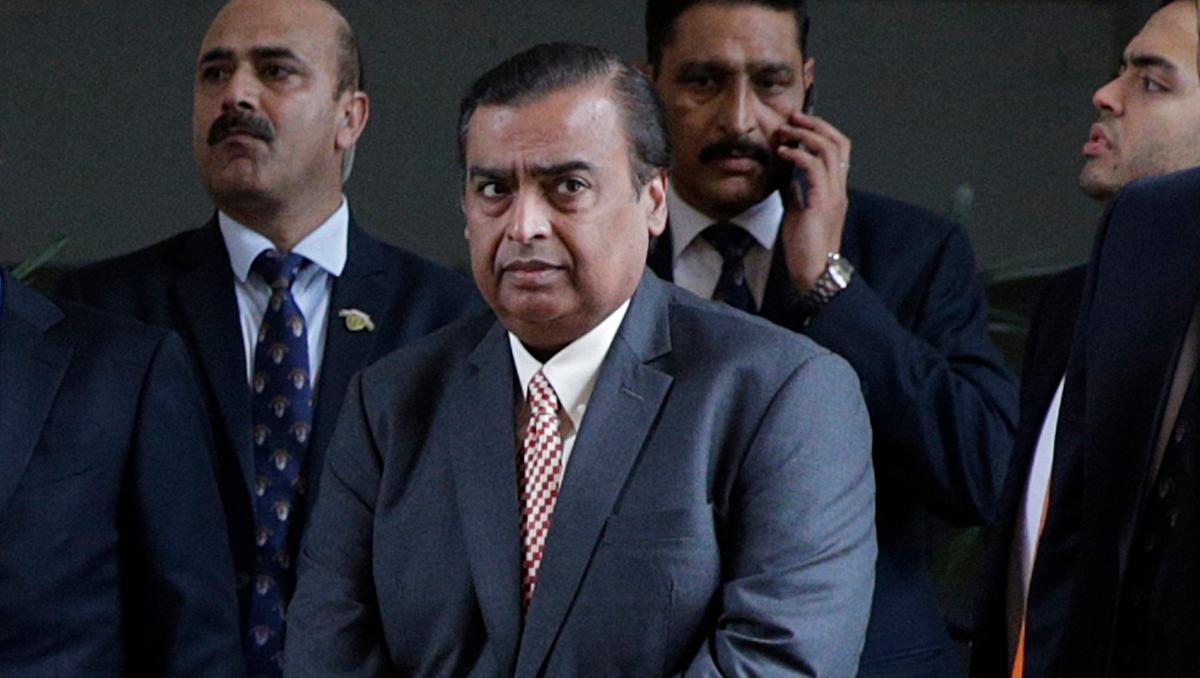 How Much is Mukesh Ambani’s Net Worth?

Mukesh Ambani is Asia’s richest person who has a net worth of $88 billion. He is the chairman and the managing director of India’s biggest and most valuable conglomerate – Reliance Industries Ltd. He also has the majority of shares (47%) in Reliance.

Mukesh Ambani’s company Reliance Industries Ltd. has a market capitalization worth of $200 billion – only Indian company to surpass the 200 mark. He resides in Antilia (Mumbai), the most costly private residence in the world – worth $2.5 billion.

Mukesh Ambani’s wealth includes his one-of-a-kind car collection. He has a Bentley Flying Spur, Rolls Royce Phantom, Maybach 62, Mercedes Benz, and many other super expensive and luxurious cars. He also owns a bullet-proof BMW 760Li, in which he usually gets driven by his drivers and accompanied by bodyguards.

Mukesh Ambani is the co-owner of India’s most expensive IPL team, the Mumbai Indians. Nita Ambani, Mukesh’s wife is the other co-owner of the team. The team has won 5 Indian Premier League trophies and is one of the league’s most dominating teams.

Mukesh Ambani is Indian’s most prominent business tycoon and Asia’s wealthiest man. He was born on April 19, 1957, in Yemen. His father, Dhirubhai Ambani, used to work in Yemen. He also has a younger brother Anil Ambani and two sisters Nina Bhadrashyam Kothari and Dipti Dattaraj Salgaocar. Dhirubhai Ambani moved back to India in 1958 along with his family and started a textile trading business.

In 1980, Mukesh Ambani started studying MBA at the prestigious Stanford University but was later called back to India by his father to expand his business of Reliance industries. According to Dhirubhai Ambani, practical life challenges could not be taught in any university. Individuals have to make mistakes and learn from them. In 1981, Mukesh started helping his father run the company he established as Reliance Industries. By then, Reliance Industries was already working in petrochemicals, retails, and telecommunications.

In 1985, Dhirubhai’s partner and the executive director of reliance industries, Rasikbhai Meswani, died. One year later, Dhirubhai suffered from a heart attack but survived. However, due to his bad health conditions, he could not work. The entire responsibility of business was shifted to Mukesh Ambani and his brother Anil Ambani. Mukesh Ambani founded Reliance Communications, which was one of the leading telecommunication companies back in the time.

In 2002, Dhirubhai Ambani took his last breaths, and tensions between the brothers started surfacing. In order to stop the family feud, their mother came in between and split the company into two parts. Mukesh got Reliance Industries and Indian Petrochemical Corporation, whereas Anil got Reliance Communications.

In 2010, Mukesh Ambani built the world’s largest grassroots petroleum refinery in Jamnagar. Mukesh Ambani was already creating news because of his business sense and investments he made at the right time. He knew what the people wanted, and he always had a solution for them. Reliance Industries Limited is now India’s most prominent multinational conglomerate company and one of the Fortune Global 500 companies. Mukesh Ambani is the chairman and managing director of the company. He also holds around 47% shares in the company, which is the largest amount of shares in the company by an individual.

In 2016, Mukesh Ambani changed Indian’s 4G arena by introducing Jio Platforms Limited as a subsidiary company under Reliance Industries. The current market capitalization of Jio is $72 billion, which is much more than the capitalization of all other Reliance’s subsidiaries. In 2020, Facebook bought 9.99% shares in Jio for $6.1 billion. Google has also invested $4.7 billion in it for 7.7% of the shares. In total, Reliance has earned more than $21 billion by selling 33% of its equity to various investors.

It is fascinating to know that the idea of Jio came to Mukesh Ambani through his daughter Isha Ambani when she complained about slow internet speeds in India. The phenomena of Jio came late in 2016 when Reliance launched India’s first LTE operator. Jio offered free outgoing calls over the LTE network and really cheap 4G internet. Today, Jio is India’s largest mobile operator and the third largest mobile network in the world. Jio has more than 400 million subscribers as of Nov 2020.

Mukesh Ambani, along with Nita Ambani (his wife), are the owners of Mumbai Indians. It is the most valuable franchise in the Indian Premier League (IPL) and has won 5 seasons. He also lives in a 27-storey big building – Antilia. It is the most expensive private residence in the world that is worth $2.5 billion. The wealth of Mukesh Ambani is more than the GDP of 10 different countries. Even India’s next four top billionaires’ combined wealth is less than Mukesh Ambani’s net worth.

Mukesh Ambani is also expanding his company’s exposure to the real estate scene in India. The Reliance Group is taking on massive civil engineering projects in recent times. Reliance is bidding on several Hotel chains, Malls, Residential Buildings, and Flyovers related projects. Real estate will be the next sector that’ll be ruled by the Reliance Group after telecommunication and broadband. They already have pretty amazing projects in their portfolio like Reliance Corporate Park in Navi Mumbai, Sir H. N. Reliance Foundation Hospital and Research Centre, and many others.

Mukesh Ambani has featured as Forbes’ India’s Richest Person continuously for the last ten years. In fact, he is the only Indian person who has made his place in Forbes’ list of most influential people on the planet. He is also India’s 5th most philanthropical person. Also, he was the first non-American to become the Director of Bank of America. He has been honoured by several international bodies such as Ernst & Young Entrepreneur of the Year (2000), School of Engineering and Applied Science Dean’s Medal by the University of Pennsylvania (2010), and many others.