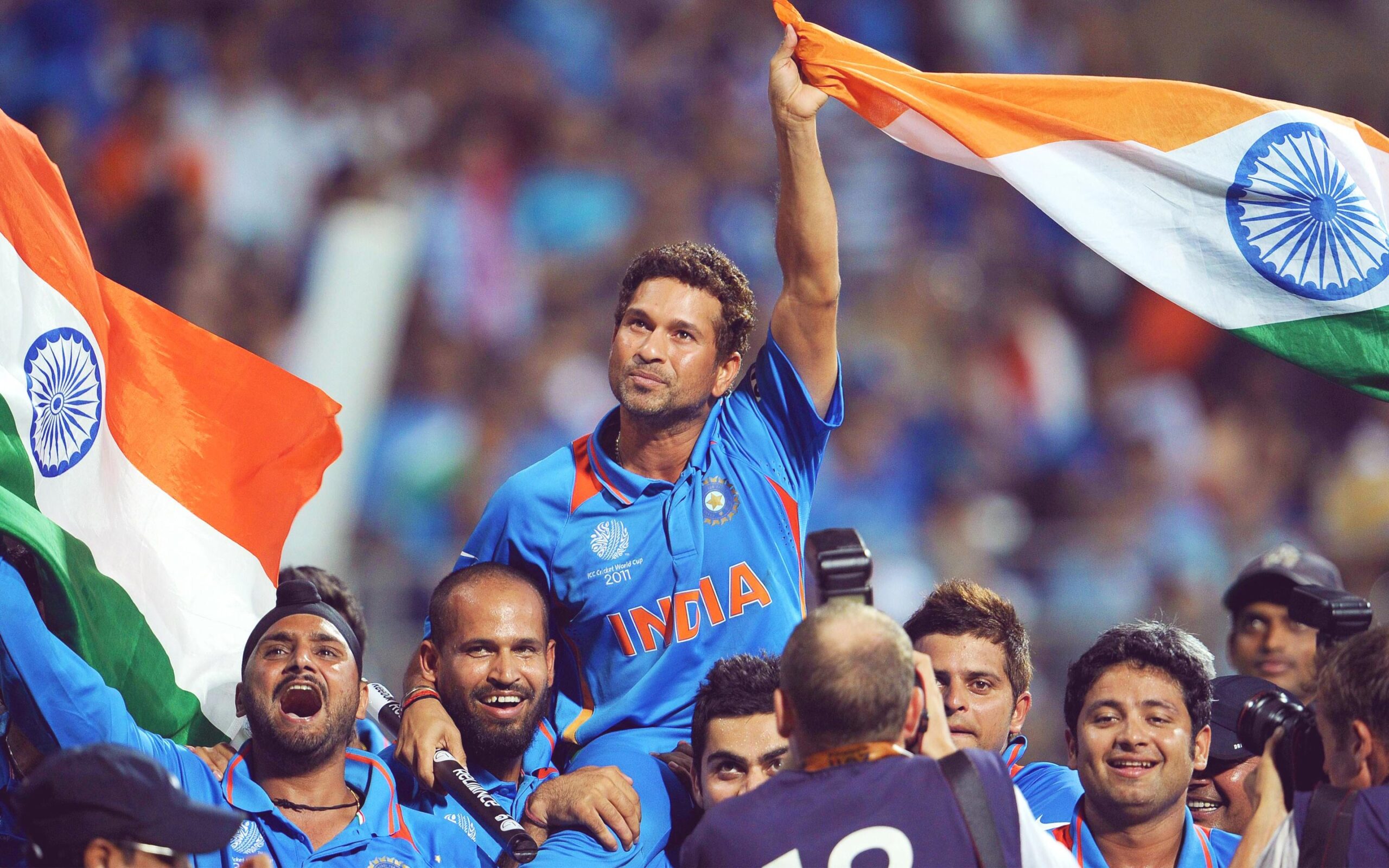 What is Sachin Tendulkar’s Net Worth?

The net worth of Sachin Tendulkar is estimated to be $150 million. In his 25 years long international cricket career, Sahin Tendulkar has achieved the utmost heights of accomplishments. He is arguably the greatest batsman the game has ever produced.

Apart from his mind-boggling stats, he is one of the wealthiest sportsmen in the world. According to the Forbes 2019 edition, Sachin’s annual earning was $15 million. Most of his wealth resulted from his yearly contract from BCCI when he played for India and the brand endorsements he has done over these years.

Sachin Tendulkar Net Worth: How He Created It?

Sachin Tendulkar’s net worth of $150 million has been accumulated by the BCCI’s salaries to him as a cricketer over 25 years, several brand endorsements, IPL contracts, and other ventures. Sachin Tendulkar was the first cricket ever who was signed up through a multi-million deal with a sports management company. He also became the brand ambassador for MRF for $13.5 million. He was the first cricketer to bag a deal like that.

Sachin retired from international cricket in 2013, and that year itself, he was ranked number 51 in the Forbes list of ‘The World’s Highest-Paid Athletes.’ In 2019, he earned $15 million through various brand endorsements. He used to do brand promotions for Boost, Pepsi, Action Shoes, MRF, Adidas, TVS, and many others. At present, he does endorsements for companies like Sanyo BPL, Toshiba, Colgate-Palmolive, Musafir.com, SBI Mutual Funds, IDBI Life Insurance, Luminous, and Apollo Tyres, and many more.

He owns an extremely luxurious house worth $8.5 million in Mumbai. He also has ownership in two restaurants – one in Mumbai, and the other one in Bengaluru. His wealth also consists of his luxurious car collections. He owns a BMW i8, BMW M5, BMW 750Li M Sport, Mercedes-Benz C36 AMG, Ferrari 360 Modena, and many other expensive cars.

Sachin Tendulkar was born on April 24, 1973, in Bombay (now Mumbai), Maharashtra. His father, Ramesh Tendulkar, was a Marathi novelist and his mother, Rajni Tendulkar, worked as a life insurance agent. His half brother, Ajit Tendulkar, introduced Sachil to the game of cricket. Ajit noticed that Tendulkar was a gifted player. He then took his brother to Ramakant Achrekar, who was a famous cricket coach in Mumbai. Ramakant Achrekar saw something in Sachin and got his schooling shifted to Sharadashram Vidyamandir School. This school had an excellent cricketing environment and had produced many good cricketers.

With his cricketing techniques, Sachin built a reputation as a prodigy. At the age of 14, he represented Bombay in the Ranji Trophy for the 1987-88 season. However, he couldn’t manage to play any game in that season. He made his debut for Bombay the very next year and scored a century against Gujrat. He went on to become the highest scorer of the season.

Sachin Tendulkar played his first international test match against Pakistan in 1989. He was just 16 at that time. Later in the tour, he made his ODI debut too. He was the younger player to debut for India in Tests and ODIs. Sachin Tendulkar made his mark in the 1991-92 tour of Australia, where he scored 148 not out in the 3rd test match. He was the youngest player to score a century in Australia. In the same series, he scored 114 runs on a fast pitch in Perth.

In the 1996 world cup, Sachin Tendulkar was the leading run-scorer for India. He scored two centuries in that world cup. In the 1998 series of Australia, Sachin single-handedly crushed the bowling attack of the cricketing giant. His batting against the world’s top spinner, Shane Warne, was a treat to watch. After the series, Warne jokingly said that he was having nightmares of Sachin Tendulkar.

Sachin was given the captaincy of the Indian cricket team in 1996. But the team couldn’t perform well under his leadership. His own game took a hit too. He left the captaincy and started concentrating on his own game. In the 2002 series of West Indies, Sachin equaled the famous Bradman’s record of 29 Test hundreds. He was at the peak of his cricketing career.

In the 2003 cricket world cup, Sachin scored 673 runs in 11 matches that India played. He helped India in getting into the finals with Australia. However, the most anticipated final was lost, and Australia retained the world champion’s title. Sachin was the leading run-scorer of the tournament and was awarded the ‘Player of the Tournament’ award.

Sachin kept on scoring runs all around the world. He scored 241 not out in the 3rd Test of the series against Australia in 2003. In the second innings, he scored 60 not out. In the next series against Pakistan, Sachin scored 194 runs and stayed not-out again. It was the same year when Sachin went through his infamous tennis-elbow injury. The 2007 world cup was a disaster for the Indian cricket team. The team was knocked-off from the first round itself.

The next world cup in 2011 was a dream come true for Tendulkar and the fans of the Indian cricket team. MS Dhoni was leading the team, and it won the World Cup after 28 years. Tendulkar was India’s leading run-scorer in the world cup tournament and scored 482 runs in total. According to him, winning the world cup was the proudest moment of his life.

Sachin scored his 100th international century in 2012, against Bangladesh. He is still the only cricketer who has scored a century of centuries. He took retirement from the One Day Internationals in 2012. He played his last test match against west indies on October 10th, 2013. On that day, he announced his retirement from all international cricket.

In the Indian Premier League, Sachin was the Icon player for the Mumbai Indians. He was signed for $1.1 million in the first season of IPL. In 2010, Sachin took Mumbai Indians to the finals of the tournament for the first time. He was also awarded the ‘Player of the Tournament.’ of the 2010 season. In 2013, Sachin retired from the T20s, and the Mumbai Indians retired the jersey number 10 as a tribute to the legend.